Greetings! For starters: how are you doing?
Doing fine, thanks!
Since this will be the first time for you to do an interview with Lords Of Metal, could you introduce Netra to our readers by means of a short biography?
Netra is a musical "project" that I have managed alone for about eight years now. It tends to explore various and abstract emotions that pertain to modern life, the decay of nature and things of the like. Netra is a Breton word that literally means "nothing". It is not really based anywhere, as I travel much, but my hometown is Quimper, Bretagne.
I want to congratulate you with your second album ’Sørbyen’. I thought it was a very interesting record. How has the general feedback been so far? What are your expectations for the album?
Thanks. Not so many people have gotten the chance to listen to it at this moment, since the album is yet to be released. I believe it is an album that contains quite a lot of things, I was very inspired for it. I would recommend to keep an open mind for it.
Your music is hard to categorize since there are so many influences and styles you incorporate and employ. For instance there are black metal elements present, but also blues, ambient and trip-hop influences. If you had to describe the overall musical style, what would you say Netra plays. How do you combine all these different styles into coherent music?
I think we can safely say that Netra is black metal at its core. It is for me a ground of expression with which I feel extremely comfortable. I don't want to debate on music styles, and their respective boundaries as it IS a totally subjective topic and moreover, not very interesting. I listen to whatever makes me feel something, how should I quantify this? For instance, I think that ‘Sørbyen’ was particularly influenced by a period during which I listened extensively to Burzum and Hooverphonic. Although it sounds a bit of a long shot to melt these sounds, I believe that they have a common ground, something hypnotic, nostalgic and very touching for me. 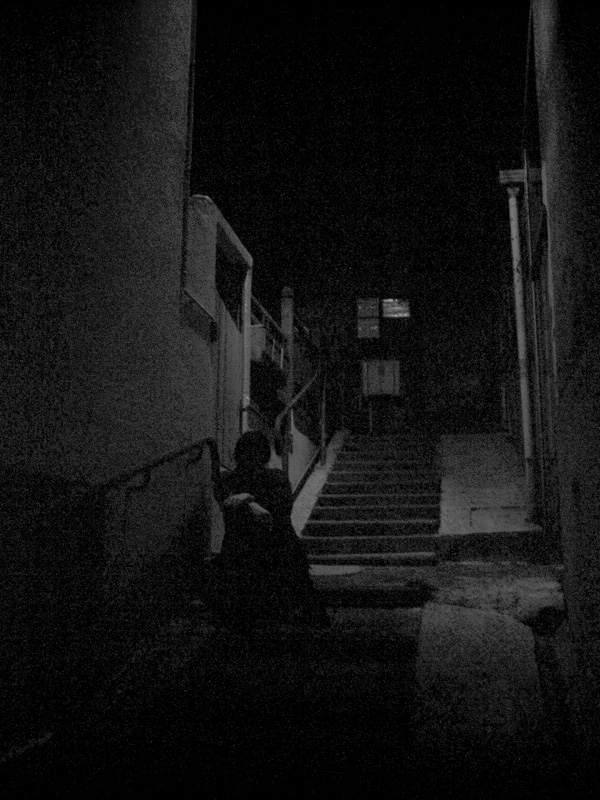 What are the topics you deal with within your lyrics? Is there perhaps a concept behind the record?
‘Sørbyen’ is actually the name of a neighborhood in which I used to live in the town of Gjøvik, Norway. There is no specific story behind this record, just a collection of emotions related to this place.
Where do you find inspiration for your music?
In others' music, obviously. Whoever tells you that he or she finds inspiration by walking in a forest at night is either fifteen years old or full of shit.
Do you consider creating music as therapeutic?
Definitely, it's a way of saying to everyone "here's the real me".
Apparently you recently moved from France to Norway, did the change in location have a lot of influence on your music?
Hard to say, I did have a certain influence on my feelings, my way of seeing things.
Being the sole person in Netra makes it rather difficult to perform your music in a live setting. However, is that something you would like to do?
Not for now. I am already struggling to play live with my other band, Stangala, thus I do not even want to think of how difficult it would be to find a suitable line-up for Netra. Never say never though, but it's definitely not a priority.
How did the collaboration with Hypnotic Dirge came to be?
Nothing exciting about this I'm afraid: I contacted Nick Skog a few years ago with a demo of Mélancolie Urbaine, he liked it and released it! We decided to extend our collaboration to more than one album and here comes ‘Sørbyen’.
What are your plans and ambitions, in the near and distant future, for Netra?
I do not like to make plans, I guess I'll just wait until inspiration gets back to me.
Thank you for your time answering these questions and I hereby offer you the traditional final words to our readers.
Support Hypnotic Dirge Records! Thanks for your time.


BACK TO NETRA PROFILE