Posted by Nick Skog on Thursday, November 8, 2012 Under: Hypnotic Dirge Records
*Originally posted November 12, 2011
Although it took a little longer than expected, the first ever Hypnotic Dirge Records T-Shirt is available to pre-order now! The shirt is being released in an edition of 100 copies in all sizes ranging from Small, to X-Large, as well as "Girlie" shirts. The shirt is available to order alone, or as part of a three-year HDR anniversary pack which includes a T-Shirt, a Poster, a 3 year signed and numbered anniversary card, a Hypnotic Dirge Photography Photograph, and any two HDR albums of your choice. The shirt and the 3 year package deal are both available to pre-order and will be officially released on December 8th, 2011, exactly 2 weeks from today. All pre-orders will be shipped on the day of release, as usual via airmail. Of course, more information as well as some images for the shirt and the package deal can be found by clicking HERE. 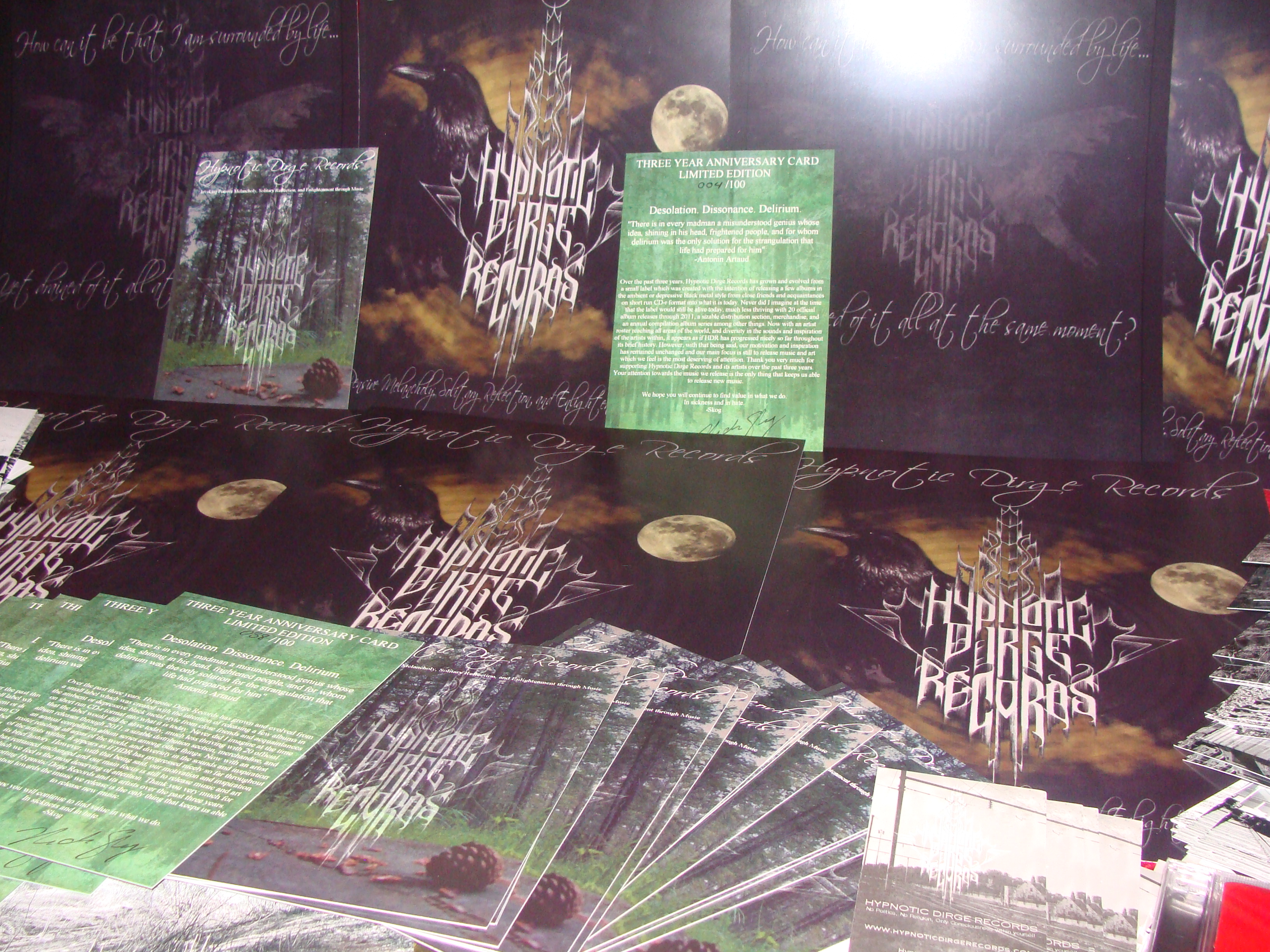 Furthermore, "as is tradition" (South Park fans will understand) we will be releasing the third official Hypnotic Dirge Records Compilation album as a free download on December 8th, 2011. Like last year's edition it will feature AUDIO, VIDEO, TEXT, and VISUAL aspects and will feature new tracks from HDR bands such as Funeral Fornication, netra, Ov Hollowness, and more. Additional information on this compilation will be revealed very soon in advance of the release date.