Posted by Nick Skog on Tuesday, February 4, 2020 Under: English
From: Ave Noctum
Published: February 2, 2020
Original Link
Citalopram, Venlafaxine, Sertraline, those little pills known as Selective Serotonin Reuptake Inhibitors make the bad old world that little bit more bearable for those of us that simply cannot cope with it. Helping with anxiety and depression and simply stopping us from going postal and killing people, many a creative person finds themselves in need of them to cope with day to day living. There is a duality though as they mask the problem rather than solve it and that is comparable as I sit here listening to this band out of Buffalo New York to the sunshine sparkling through the window and leaving you comfortable despite it being freezing cold outside. There are no less than 6 people in this group including 3 guitarists and they favour the EP release rather than full length album. This digital only is their 3rd, following on quickly at the tail end of last year from June’s ‘From Both Our Hands’
Post black metal is the name of their game and again that sunshine is very much present in their sound dualistically contrasting to often harsh and guttural vocals that are not so much raging but cloaked with a layer of pain. ‘Eyes as Tableau’ enchants with a thick gothic bass tone and fluttering guitars reminiscent of Fields Of The Nephilim. As the sound expands there is a certain wonderment and joy to it as it shines and glistens, the vocals giving a darker edge but not one without hope and a sudden explosion blasting away and picking the pace up to a gallop. Its very much a sound of light and shade but one that is uplifting rather than dour. I’m not sure the sudden ending does it any big favour and this could easily have progressed for me but it seems time to move onto the next of this trio of songs. Urban conglomeration is very much the theme of ‘Their Cities’ which has poeticism at it’s heart along with a jaunty guitar jangle. It seems like a place where aforementioned tablets are necessary to exist and one where “the mills of sorrow will always grow.” Life is tough, there’s a certain weariness found here in a gentle musical segment as we explore the place. Although the lyrical delivery is hard to fathom the message behind it is clear “we must go and never look back Leave their cities behind and head for the trees…together.”
No doubt one place the band have wandered through is ‘Prague’ as this is the subject of the third ode; romance and fate a touch away through the cobbled aged city. This has an ambient feel and some gentle acoustics moving from a feeling that is at first ominous, then calm. Likewise, the vocals move from growls to clean and things feel in harmony here. Perhaps there is some peace, a touch of normality, maybe the pills have kicked in and the side-effects lessened. We are left with a Zoloft smile that even the abrasive surge to the end cannot shift.
Rating: 7/10
Reviewed by: Pete Woods 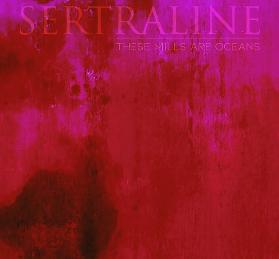