STROSZEK, the band founded by FROSTMOON ECLIPSE guitarist Claudio Alcara, has inked a deal with Canadian label Hypnotic Dirge Records for the release of the band’s third full length album.  Titled “Sound Graveyard Bound”, the nine-track album is scheduled for release during the latter part of 2011.
Alcara, who along with STROSZEK band mates Richard on drums and Davide on bass, is better known for his work with FROSTMOON ECLIPSE, one of the longest serving Italian Black Metal bands which earlier this year released their fifth full length album on Osmose Productions. Whilst FROSTMOON ECLIPSE mixes old school Black Metal with acoustic interludes, STROSZEK allows Alcara to perform the much more melodic and introspective style of music that he himself listens to, and indeed, “Sound Graveyard Bound” features a cover version of MIKE JOHNSON’s “If The World Hadn’t Gone Insane” 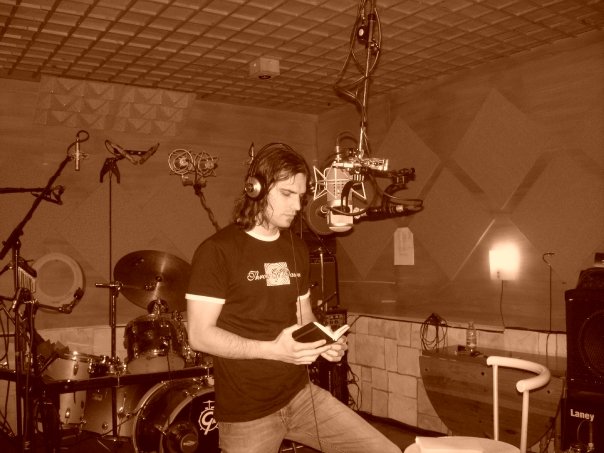 Commenting on the new album Alcara said “With the first release I tended to keep my vocals very far back in the mix.  As a guitarist I wasn’t used to being the centre of attention, and my vocal style is certainly not that of a “screamer”, on the contrary, I’m rather laid back,  but after three albums I’m confident that my vocal style suits the music, so this time I’m not too worried about hiding behind the instruments”.
As well as the 2007 debut album “Songs of Remorse” and 2009’s “Life’s Failures Made Music”, STROSZEK also released the “Wild Hunt” EP in 2009, which sold out within days of it having been announced. As with all the songs he writes for STROSZEK, “Sound Graveyard Bound” is very much an intimate journey through Alcara’s life which is highlighted by his distinctive and versatile guitar style that can alternate between heavy riffing and a fragile poignancy.   More information about STROSZEK can be found on the band’s MySpace page at http://www.myspace.com/songsofremorse


BACK TO STROSZEK PROFILE