Posted by Nick Skog on Monday, March 15, 2021 Under: English
From: Nine Circles
Published: March 14, 2021
Original Link
Have you ever wondered what you would get if you took a dose of the strange, sacred music influences from a Panegyrist or RÏCÏNN type project, along with a tiny smidge of the black metal and breakcore electronic elements respectively found therein, mixed it with a pile of progressive rock, threw in a heap of jazz for good measure, and topped it off with melancholy, funereal atmospherics?  Definitely something unlike any other musical endeavor out there right now, which is exactly what Sanctuaries, the sophomore release from Ukrainian one-man project a noend of mine is, and more.
Les Vynogradov, the mastermind behind a noend of mine, is no stranger to music that cuts emotionally deep and also runs well away from what is mainstream and conventional.  At least to me, he is best known as a member of Kauan, the Russian post-rock/doom metal band known for their extensive use of the Finnish language, genre blending compositions, and being one of the (if not, the) only bands brave enough to write a whole concept album about the Dyatlov Pass Incident (seriously, if you haven’t listened to 2013’s Sorni Nai, do it right now.  Haunting doesn’t even begin to describe it).  It should come as no surprise, then, that Vynogradov’s solo project also bends the trappings of concept, genre and language in a similar way.
Sanctuaries is a concept album about personal physical and temporal sanctuaries, a topic that is 100% influenced by the current times, and one that blends somber, mournful jazz with electronics, post-rock, prog and sacred music, all influenced by famous French writers like Camus, Hugo and Gracq and sung in Vynogradov’s self-made approximation of Ancient Greek.  To say Sanctuaries is high-minded in concept seems like the understatement of the century, but I promise you don’t need a PhD in philosophy to enjoy it.  “Our sanctuaries are the places to which we tend to return.  In their spatial dimension, they are those privileged sites that have a special significance for us: home; park, garden or a grove; shrine or a place of worship; a particular spot where an important event happened that is now inscribed in our personal sacred topography.  On a temporal plane, I call sanctuaries our privileged hours of the day, those fractions of the day or night when we feel most overwhelmed by emotions or most fecund creatively,” says Vynogradov of the creation of the album.  The album is all about finding space to breathe and process emotions, and there is plenty of both space and emotion to be found here.
The songs on Sanctuaries are primarily organized into two suites, with interludes in between, as well as an outro.  The first suite of three songs, titled “Des chemins crépusculaires,” showcase the slight change in direction on this album from a noend of mine’s debut.  The songs are much less mellow overall, although there are plenty of spots to get lost in the atmospherics, and they are slower, darker and much more cinematic in scope.  Indeed, it is very easy to get a sense of the story from everything, even though the words aren’t in a “real” language.  Choral chants swell and then give way to reverb-soaked guitars and jazzy piano motifs, before eerie, moody synths and electronics build everything back up into a huge swirl of everything all at once, led by Vynogradov’s strong, commanding vocals.  The second suite, “Au fond de cette nuit, une lueur,” is much more somber.  Sparse piano and gentle guitar take center stage over vocal performance, and the deep, dark mood sets in, as there is much less going on all at once.  It’s a nice way to process everything that happened in the first three tracks, as well as giving Sanctuaries a really refined sense of balance between soaring brightness and melancholy sadness.  There is plenty of beauty to be found in both, and Sanctuaries does an excellent job of showcasing beauty in all its forms, as well as all the places it can be found.
Ethereal, otherworldly, strange, even bizarre at times, Sanctuaries is an album that really needs to be listened to be truly experienced.  It has an awful lot of things going on at once, and it is definitely up there in terms of how cerebral the overall concept is.  But if you know me at this point, you know I love an album that has a buck wild concept as long as it can actually deliver it.  Sanctuaries delivers in spades.  I can guarantee you haven’t heard anything like it before, and you probably won’t for a long time to come.
Reviewed by: Ian 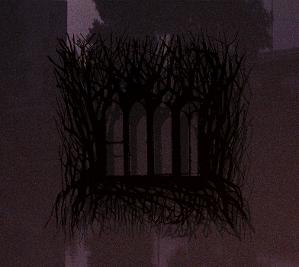