Posted by Nick Skog on Thursday, June 25, 2020 Under: English
From: Metal Temple
Published: June 24, 2020
Original Link
Feral Light is a two man black metal band from Minneapolis, Minnesota and formed in 2015.  “Life Vapor,” is their third full length album; they also have a demo and an EP.  “Life Vapor” grabbed me from the beginning and never let me go.  I’ve always enjoyed black metal that dares to be different and FERAL LIGHT have definitely delivered an album that steps outside the box with a lot of great ideas.  None of that would mean a damn if the song writing wasn’t there but this album has no short supply of that!  In fact, the overall flow of the album is very smooth and found it to be rather easy listening, for what it is.  This is just one of those albums that has plenty of depth but also something you can throw on if you are in the mood just to jam out to something.  It is rare that an album of this scope, that is certainly a great ride from straight through, can also be listened to on a piecemeal basis.
Post elements are in play cross the album’s six track, 39:25 runtime but they are senselessly melded in, a nice contrast to the overall aggressive sound but still complimenting it well.  A rock in roll feel, or “black and roll,” also permeates the album and that is where much of the catchy portions comes from. I’m not saying your grandpa would like this (unless he is the coolest grandpa ever) but I can see people who don’t like black metal really enjoying what is on offer here. FERAL LIGHT have added so many dimensions to this album but they are presented in an intelligent, cohesive experience.  I hear all these different sounds but my focus was never lost nor was it distracted by one element over another.  All these different sound dimensions are presented as one large sound that goes above and beyond the individual pieces.
“Blood In Sand,” starts with some weird tones and a brief second of feedback.  The bass and drums come in behind it and the song builds from there.  The guitars get added and a big wall of sound engulfs the ears before settling into a bleak groove and acidic blackened vocals riding on top of it all.  The song’s mid portion speeds up the tempo, with the drums leading that particular charge.  The last half of the song is led by the bass, which gets mixed up into a post dirge with rock and roll sensibilities. “Assuage,” is explosive from the beginning, blackened screams cutting through the speedy riffs and rapid drums.  The middle portion of the track drops some of that caustic black metal and replaces it with dirty hard rock with a metal outer shell before the final minutes of the song bring about textures and layers for a blanket of soundscapes.
The next track, “Walking Tomb,” is more doom in its approach, at least in the song’s early moments, what with the monolithic riffs.  In a very organic way, the song switches the approach and adds in layered melancholy like ALCEST or DEAFHEAVEN but consisting of much more of a dark void to suck out all the light. “Last Gasp Invocation,” stood out to me because of the way it builds up over time. The bass line keeps it moving, an anchor to hold the ship steady as it turns into something more, the guitar work getting more detailed and intricate as the action rises.  The song’s mid section forces your head to bang it old school to the rock groove and, later, furious riffs.
Mind boggling riffs and a vocals that might just bursts from the speakers lead the way for “Hex of Inverses,” to be one of the more intense songs here.  I really enjoyed how the guitars bring everything together with the vocals, a climax within the climax of the overall song which gets progressively more aggressive as it goes along. The final track, the fittingly named “In Summation” is perhaps the most straight forward song out of the six but the clever guitar work makes it work, keeping the song’s feel and momentum going even on the more melodic moments.
“Life Vapor” is an engrossing and interesting blackened metal album.  It encompasses a lot of different elements and has the song writing to pull it all off.  This is album is recommended for people who worship the almighty riff or want to like black metal but feel overwhelmed by the vast majority of it.
Rating: 8/10
Reviewed by: Justin Wittenmeier 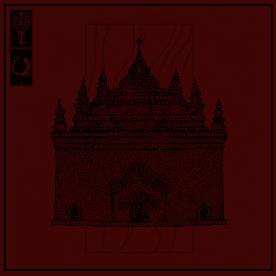