Posted by Nick Skog on Friday, March 11, 2011 Under: Interviews
Funeral Fornication recently took part in the Blitz Quitz feature from Pest Webzine.
The Blitz Quitz is a sort of standard interview feature created by Pest Webzine.
You can view the feature at its original location here: http://pestwebzine.ucoz.com/index/funeral_fornication/0-351

Please tell us about the history of your band and its members.
I started Funeral Fornication shortly after my college graduation.  I had been working on a different solo project at the time that was in a completely different genre, and although a full-length album was released, I grew bored of it quickly, yearning for something heavier and darker.  After putting that project to bed, I began Funeral Fornication with the intent of making raw black metal, with a heavy Bathory and Darkthrone influence.
Over the last decade, my music has evolved into a more depressive ambient black metal sound, which suits me fine.  I have been, and will ever be, the only member of Funeral Fornication.

How would you describe your style? Which bands influenced your music?
My current sound is best described, in my opinion, as depressive ambient black metal with a symphonic edge.  When I was starting out, taking my baby steps in the black metal world, my influences were bands like Bathory, Immortal, Darkthrone, Absu, even some of the more controversial stuff like Graveland (only the music, not the politics).  When the depressive black metal sub-genre caught my attention, my influences changed direction to bands like Leviathan, Austere, Vhernen, Xasthur, Weakling, Loss, etc.  A lot of my musical influence still comes from bands that are in no way black metal, as I have very broad musical tastes.
Why should a metalhead buy your demos/albums?
Because they are true supporters of the music.
What have you released so far and how were your releases received by the public/media?
I have released several full-lengths, a couple split albums, and a few early demos.  Each one received their share of positive and negative reviews.  The thing is, with music like this, it is absolutely impossible to please everyone.
Overall however, the reaction has been good and is getting better each time I release something new. 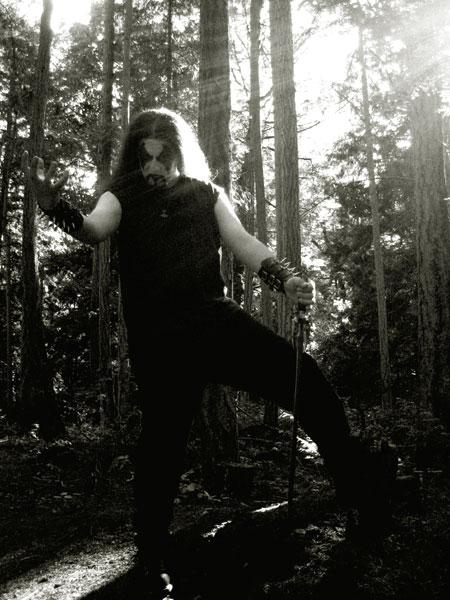 Do you play live as well? How's your live activity so far?
I do not play live, at least not with Funeral Fornication.  I have no plans to ever play live, though I would not rule it out if I found the right group of musicians.
What should labels/zines/promoters know about your band? Why should they be interested in it?
They only reason anyone should be interested in Funeral Fornication is because they like the music I make.  Any other reason doesn't interest me.
What plans do you have for the near future as a band?
My next full-length album, Pandemic Transgression, is complete and will be released in June 2011.  There will also be the first Funeral Fornication T-shirt available through Hypnotic Dirge Records.
Where can we listen to your band and where can we buy your stuff?
There are a bunch of songs posted on my myspace and reverbnation page.  ( www.myspace.com/funeralsex ) and ( reverbnation.com/funeralfornication )
All my past releases that are still available can be purchased from Hypnotic Dirge Records. ( www.hypnoticdirgerecords.com )
March 2011

BACK TO FUNERAL FORNICATION PROFILE