Latest News:
[View all posts in "News" for more detail and archives] 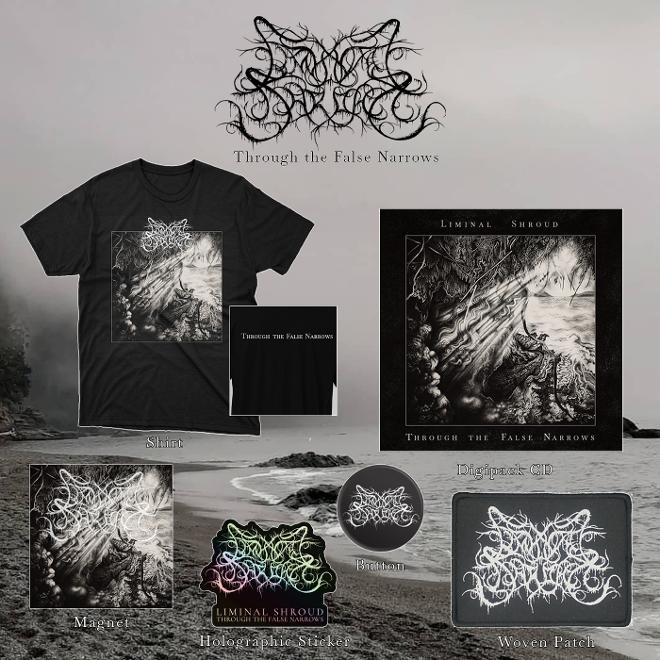 Today, we launch pre-orders for the release of Liminal Shroud's "Through the False Narrows"!
Order: CD | Shirt | Bundle | Digital

Hailing from Vancouver island off the North American west coast, Liminal Shroud has been active since late 2017, released a demo in the summer of 2018, and have been crafting their momentous debut full-length album. We are now one step closer to see its imminent release on November 20.

Liminal Shroud takes inspiration from the surging oceans and mist-strewn coast as they explore themes of futility, passage, and individual and metaphysical transformation. With a three-piece format, Liminal Shroud’s sound is stripped-back yet immersive, with expansive guitars underpinned by a driving and dynamic rhythm section; kindling a form of black metal surging with atmosphere and anguish, melancholy and rage.

As with all of our releases this year, we are offering a bundle option for those who want to pick up some limited merch! The Liminal Shroud bundle includes no less than 6 items in total including the Digipack CD, shirt, patch, magnet, metallic button, and holographic sticker. Those who prefer to keep it simple can of course order the CD, shirt, or digital album on their own, and as with the last few releases, we are including a free woven patch with the first 100 CD orders which should provide a bit of extra incentive to take advantage of the pre-order! 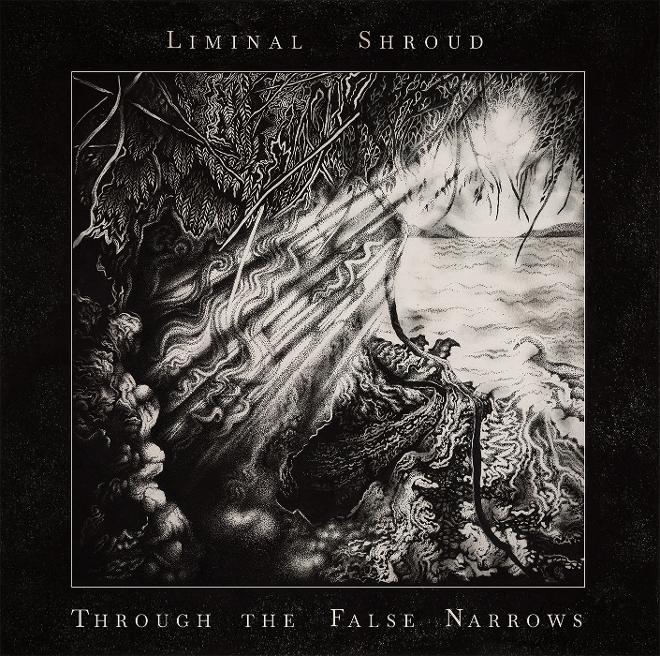 As the skies turn grey and dense fogs hang above the shoreline, Liminal Shroud will expel a swirl of melancholia and torment over its moss-strewn forests and perilous waves.

On Friday November 20, their debut "Through the False Narrows" will be released through Hypnotic Dirge, but before we get ahead of ourselves, let us first reveal the exemplary cover art from Victoria-based artist Alayna Coral Gretton.

Next week we will release the track "Sentinel" so you can all hear a preview from the record, and shortly afterwards we'll launch pre-orders. 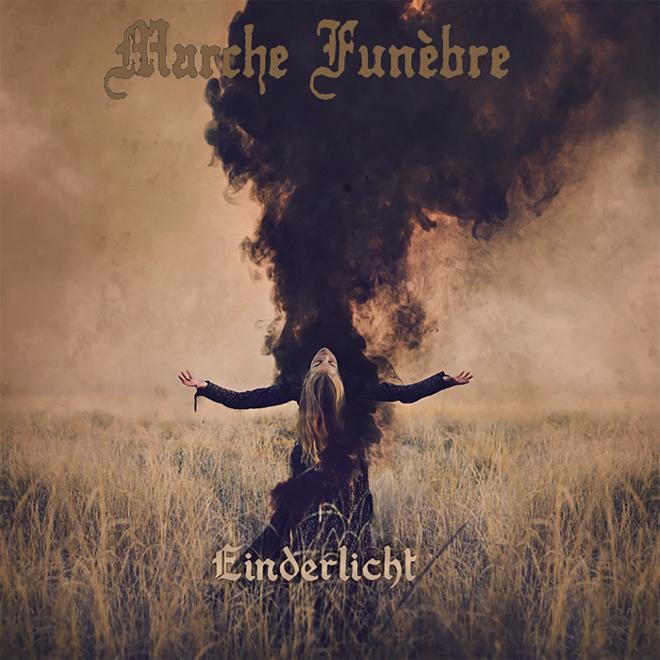 Today marks the official release date of Marche Funèbre's fourth album "Einderlicht"! The album is available to order in both digipack CD and Double LP formats from Hypnotic Dirge, Solitude Productions (Russia), and The Vinyl Division (Spain). Additionally, we have Einderlicht shirts available to order as well as exclusive bundles with a patch, sticker, and magnet.

Marche Funèbre will be celebrating the release of "Einderlicht" with two very special release shows, both limited in capacity due to COVID-19 regulations in Belgium. They will play "Einderlicht" in its entirety in their hometown of Mechelen on Friday night, followed by an appearance at Darken the Moon XIII on Saturday. Playing alongside Marche Funèbre will be Psychonaut, Sons of a Wanted Man, Splendidula, and Witch Trail.

For now, there is nothing more to be said. Enjoy the bells of DOOM! 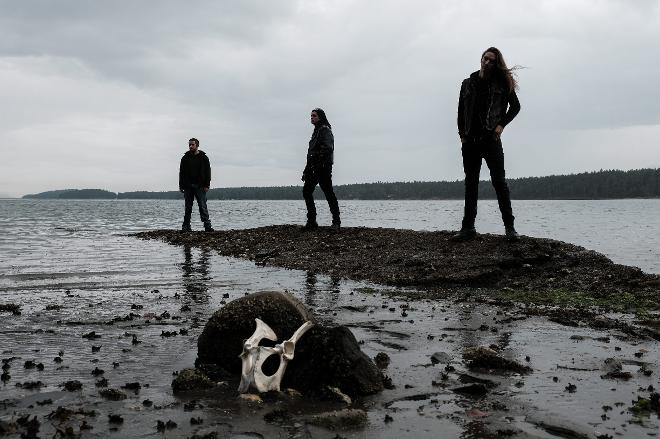 Hypnotic Dirge Records is proud to announce a collaboration with the first local band since relocating to Victoria, BC last winter. As the skies turn grey and dense fogs hang above the shoreline, Liminal Shroud will expel a swirl of melancholia and torment over its moss-strewn forests and perilous waves. Their debut full-length album, entitled "Through the False Narrows" will be released through Hypnotic Dirge Records on Friday November 20, 2020.

Liminal Shroud is a black metal band based in Victoria, BC. Formed in late 2017, the band takes inspiration from the surging oceans and mist-strewn coast as they explore themes of futility, passage, and individual and metaphysical transformation. With a three-piece format, Liminal Shroud’s sound is stripped-back yet immersive, with expansive guitars underpinned by a driving and dynamic rhythm section; kindling a form of black metal surging with atmosphere and anguish, melancholy and rage.

Over the coming weeks, we will unveil the album cover, tracklist, merch options, and advanced tracks.

Marche Funèbre releases the new video clip for the track "The Maelstrom Mute"
from their upcoming album "Einderlicht", due for release on September 25.

Following the lyric video for "When All Is Said", this is the second and final clip to be released prior to the album release. This is the probably the most digestible song on the album, with the lack of growls and emphasis on melody. We hope you like it!

Thanks to Doom-metal.com for helping us with the premiere!

*In order to save on shipping, we ask Europeans to order the vinyl directly from The Vinyl Division
If you are close to Russia, it might be advantageous to order the CD from Solitude Productions. 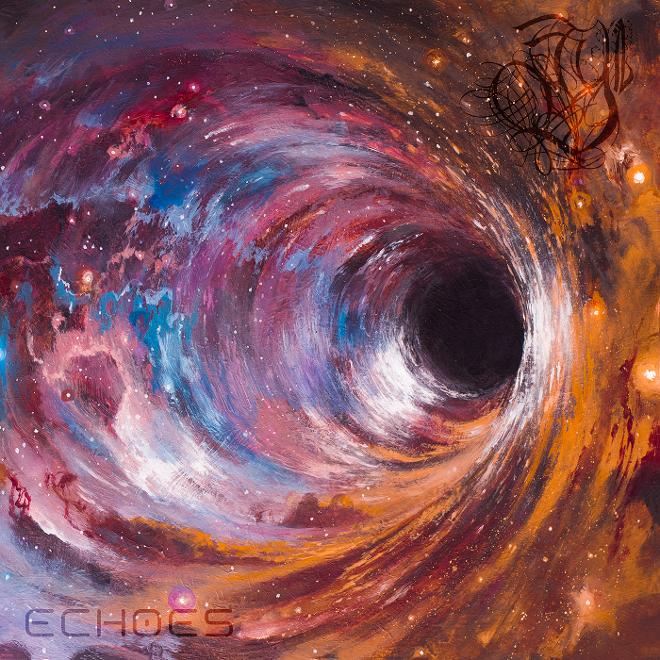 Many pre-orders have already been shipped and the rest will all be shipped out before Friday September 4.

Album notes:
Following on the comet tail of their debut album "The Heavens Are Not On Fire...", Wills Dissolve direct their gaze upon the cosmos once again in “Echoes”, their sophomore album presented as a 32 minute exploration of the loneliness and sacrifice of astro-technological advancement. Though once again rooted in progressive metal, “Echoes” incorporates a wide range of styles to tell the tale of an astronaut on a dangerous and vital deep space expedition. Allow yourself to be transported through the empty vacuum of space exploring the cosmos as the last vestiges of humanity search for another planet to inhabit, as human short-sightedness and hubris has rendered earth uninhabitable. Musically, you will hear everything from Progressive Metal, Death Metal, Ambient, Prog-rock, and Black Metal on this journey through the stars, allowing the narrative to develop naturally and letting the musical style shift as appropriate.

Mixed by Guitarist Andrew Caruana and mastered by Brad Boatright at AudioSiege, “Echoes” is scheduled for release on Friday August 28 through Hypnotic Dirge Records. The captivating album cover was crafted by artist Adam Burke ( Nightjar Illustration) Additionally, new merch was desgined by Bharaduur and Kaitlyn Stanley. Damian Smith - vocalist of Altars of Grief also makes an appearance on the record.

Resonating deeply with a possible prospective future, “Echoes” is a cinematic and fantastic tale with ominous and cautionary undertones. 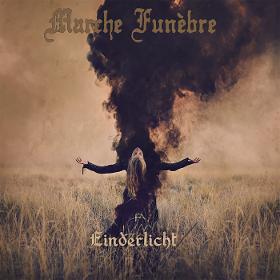 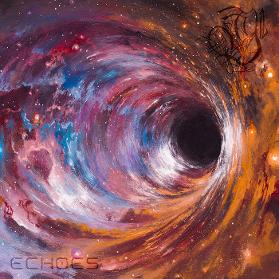 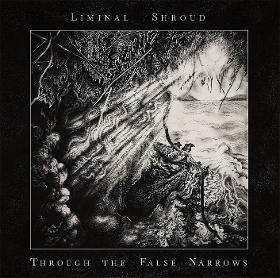 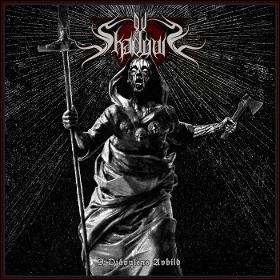 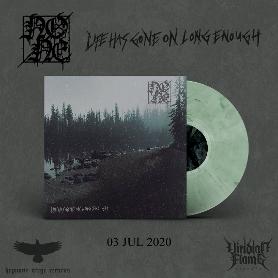 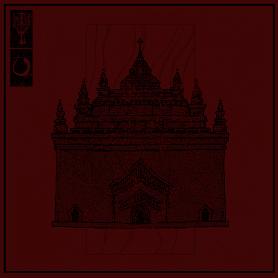 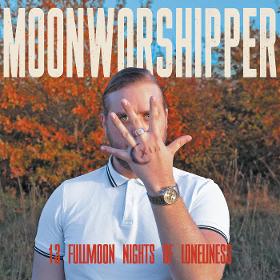 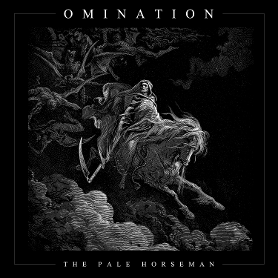 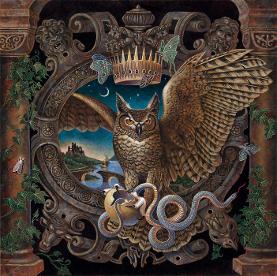 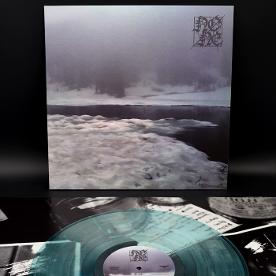 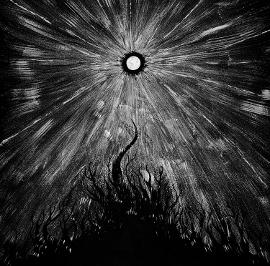 Hypnotic Dirge Records releases are available for unlimited streaming and name-your-price (no minimum!) download in the format of your choice on Bandcamp.
You can also download our entire digital discography (over 100 albums!!!) for a $C25.00 minimum! Digital donations help fund more merch and album releases in general!

Hypnotic Dirge Records is an small independent Black and Doom Metal record label and webshop based in Esquimalt, Canada. Founded in 2008, our intention and raison d'être is to unearth hidden gems and release quality expressive and eclectic aural art. [Manifesto]