Review from The Burning Beard

Posted by Nick Skog on Tuesday, March 5, 2019 Under: English
From: The Burning Beard
Published: March 2, 2019
Original Link
With his debut album, released back in 2015, the one-man band of Il Vuoto served up a powerful concoction of atmospheric funeral doom, with the art, titles, and music coming together in impressive union. The follow-up album has finally arrived, and with its hour's worth of material spread over five tracks, it certainly makes for a worthy succession.
The band's orchestrator, Matteo Gruppi, puts care and consideration into every part of the album, and while the track titles have been made somewhat less theatrical (with the previous names including “I, Essence of Nothingness” and “Through Mirrors I Saw the Ghost of Me”), the comparative directness of titles such as “Weakness” and “Her Fragile Limbs” opens them up for more expansive story-telling. The lyrical approach follows a similar course of restraint, with the melancholic vulnerabilities they express meshing right into the dirge-like guitar tones and melodies of suffering.
While the drum-work rarely gets brought to the forefront, Gruppi does a great job of using it to reinforce and intensify the songs' rhythms. Likewise, the supporting synth textures are subtle, but present throughout the majority of the music, which moves through a nicely wide range of dynamics and moods over the course of the album, while retaining its sorrowful doom base. Closing out with a relatively short instrumental piece, “As the Whole World Failed”, Il Vuoto maintains his careful control over the emotional direction to the end. There's a lot to savor within the songs, and their large size is put to good use in furthering the moods, rather than just stretching to fill time. Well worth the wait, this album is well-suited for cold weather, or just for savoring some finely-made dark atmospheres. CD copies can be ordered from Hypnotic Dirge Records, while digital (and the rest of Il Vuoto's catalog) is up on his BandCamp page.
Reviewed by: Gabriele 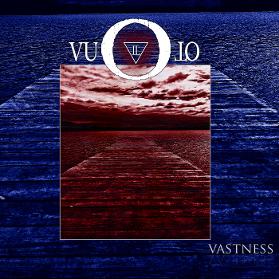