Posted by Nick Skog on Monday, April 30, 2018 Under: English
From: Metal Temple
Published: April 29, 2018
Original Link
Metal maniacs, rejoice! I am proud to present to you: MARCHE Funèbre; signed via BadBloodMan Music, hailing from Belgium grounds - performing Doom/Death Metal, on their 3rd album entitled: “Into The Arms Of Darkness” (released February 20th, 2017).
Since formation in 2008; the quintet in question have 2 albums behind them, I am introduced to their 3rd album entitled: “Into The Arms Of Darkness”. 6 tracks ranging at around 58:12, the quartet arrange an intricately designed formula of Death/Doom/Black Metal amalgamations. Starting off with “Deprived (Into Darkness)”, this juxtaposition delivers a solid slab of concrete dynamics and a grandiose manifestation of proficiently executed songwriting adroitness. There is an atmospheric aesthetic to the sound production here, with its ambient yet hard-hitting distinctions. The melodious contrast excels with aggressive growls and raspy shrieks – dominant grooves, and raw extremity, with a hint of operatic orchestration for good measure.
Consisting of Dennis Lefebvre on the powerhouse drums, who pounds his steel with uniquely rhythmic complexity. “Capital Of Rain” showcases the band’s immersive attention to detail with creative craftsmanship, as dextrous guitar duo – Peter Egberghs (also on vocals) & Kurt Blommé deliver an efficient amount of savagely sinister riffs and solos, full of bouncy, and crunchy thumpiness in which has a relentlessly menancing enlightenment to it. “Uneven” demonstrated distinguished yet progressive technicalities with its primitively battering aesthetics, and an organic substance of fluid elements and polished implementations that provided an elegant experience - as well as a conceptual foundation which gives it a tasteful boundary.
“Lullaby Of Insanity” distributes exquisitely thunderous barrages of audible assualts and frenzied blasts of pummelling bass attributions from Boris Iolis, who pulverzises the sound production with diligent consistency. Efficaciously, the band manages to keep the inventive flamboyancy with profusely robust salubriousness. Arne Vandenhoeck on vocals moderately establishes talented offerings in the track ”The Garden Of All Things Wild”, keeping me captivated and hooked with the vast scale of unprecedented components and adept composing skill - brilliantly compiling a rampaging stability of sufficient epicness and power. The band exceeds my original expectations greatly with the concluding track “Lost (In The House Of Doom)”.
Overall – this was an excellent discovery, as a rabid fan of Death/Doom/Black Metal, this was quite the enjoyably remarkable experience. Certainly worth checking out!
Rating: 8/10
Reviewed by: Craig Rider 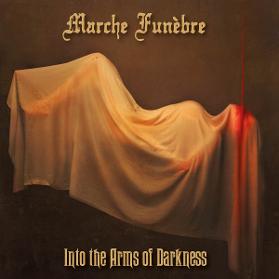 *Note: Reviews from original pressing
not included in this archive.