Review from Merchants of Air

Posted by Nick Skog on Thursday, April 21, 2016 Under: English
From: Merchants of Air
Published: April 16, 2016
Original Link
Let's get a bit more extreme, not necessarily faster but certainly darker and harsher. I'd like to turn your attention to the second album by Moscow (Russia) residents Negative Voice. It's an album that shows how a band can evolve, transcend genre-boundaries and reinvent whatever they do. It is presented as blackened doom metal, but there's so much more to this album and it's definitely worth your attention.
The album opens with the epic 'Limitation', a song that smells of sludge metal but somehow managed to sneak in some atmospheric nineties doom. For some reason, probably the addition of clean vocals and the presence of atmospheric melodies, bands like Novembers Doom, Katatonia and Swallow The Sun come to mind. So no, this isn't just a crushing piece of monolithic doom and haunting screams, this is a stunningly melodic approach to this whole post-metal thing.
Of course, with the core being blackened doom metal, it's easy to think about acts like Dragged Into Sunlight, Alcest or even Woods Of Ypres. That isn't a bad thing either, on the contrary. Halfway through 'Nightmare Everlasting', I'm starting to see the true genius in this album. Even the blast-beats driven passages contain loads of melody. There are flashes of old school black metal, death metal and even the somewhat gothic orientated music of Moonspell, Crematory or Rotting Christ.
I still forgot to mention Opeth...
So yeah, there are tons of influences in this little album but somehow Negative Voice managed to turn them all into an epic sound. There are some more highlights too, including 'Impasse' and 'Lighthouse', two highly immersive and almost hypnotic pieces of modern doom metal. So check it out while I secretly hope that these guys will play in Het Bos (a venue in Antwerp) soon. Don't miss out on something as innovative as this...
Reviewed by: Serge 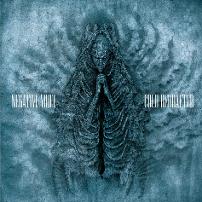