Posted by Nick Skog on Thursday, February 4, 2021 Under: English
From: Ave Noctum
Published: February 1, 2021
Original Link
Enchanting and mesmerising, captivating and thought provoking all in equal measures. This is black metal but done on a higher plateau. Nordicwinter have blasted out of the barren wilderness of the Canadian frozen landscapes and have delivered us a package which generates layers of intricacy and technical brilliance in amongst the carved out frozen vistas and ice capped melodies. ‘Desolation’ truly is depressive and atmospheric black metal at its finest, and is all created by the sole mind that is Evillair, a solitary figure amongst the complex and layered backbone of this, the latest Nordicwinter release
‘Forest Of Despair’ is enthralling and beautiful in its make-up. Much of the track is constructed by peaceful harmony’s and a soul which is made up of piano segments and guitar chords which lead the way for demonic and raucous ‘traditional’’ black metal vocals, spat out with conviction and power, the contrast on show is demanding of your attention and it doesn’t let your mind wander from the opening chords to the closing beats.
‘A Shadow’s Veil’ opens with the six strings treading the path for us to follow before more malevolent and vitriolic vocals join the fray and conjure up more images of the frost ridden inhospitable landscapes. The vocals leave the guitars to conjure up more majesty and decadence before some whispered spoken words add to the atmosphere and darkened beauty. A guitar solo ripples through the rhythm chord led background and the vocals turn to the more immoral style to end the track, a true conflict working in tandem to create a genuinely exquisite piece of art.
‘In Solitude’ fades in before the vocals haunt us once more. The lyrics seem to be told with more honesty and belief than previously witnessed, could this be down to the chugging guitar work allowing the vocals to fly free and be more freelance than on the previous songs, I am not sure, all I know is that they seem to be told with more heart and passion which summons the faith to believe. Mid track, the direction and flow seems to turn on its heels and inject another gripping and mesmeric guitar solo before reverting to the previously seen string and oral work.
‘Fall To Ruin’ is a striking and scenic instrumental, absolute perfection and a guiding light amongst the bleak and desolate siblings. It is genuine precision.
We are led back to the second half of the album with a stark wake-up call by the name of ‘All That Remains’, vicious and venomous vocals along with muddy, dirty and filthy debauchery. ‘All That Remains’ carves us open to a quicker tempo than on previous tracks and this only adds to the captivating journey we have embarked on. Your eardrums seem to be battered from the aural rioting prevailing from the north winds and your soul is being torn and ripped from your very being with this track of out and out ferocity before it comes to an all too soon abrupt ending as it fades out to leave the way for the penultimate track to batter you some more.
‘Tomb Of Silence’ opens in a sombre mood and creates even more of an atmosphere with piano chords sitting atop of swirling winds and an almost orchestral soundtrack. This has the most depth of all the tracks on the album and the vocals seem to be out to prove a point. They are venomous beyond belief and create an immoral and obnoxious lead to the down tuned score sitting behind them. There does not seem to be a vision or a definite end goal for this track, it just seems content to tread water and blast you with rancorous and virulent interludes amongst the scenic and striking melodic segments.
The album is closed with another immersive piano led instrumental, haunting and evocative, perfection to leave you feeling battered and bruised and with so many questions unanswered in your own mind.
This is one to spark a flame and light a burning fire to, grab a double shot of whatever your own personal choice of poison is and sit beneath the starry night sky and lose yourself to this charismatic slab of genius. This is one to genuinely absorb into your soul and one that will sincerely warrant a decent amount of reflection upon completion.
Rating: 9/10
Reviewed by: Phil Pountney 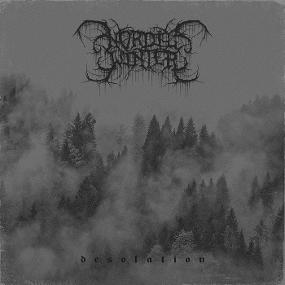