Posted by Nick Skog on Wednesday, May 11, 2022 Under: English
From: Mournful Sounds
Published: May 10, 2022
Original Link
When it is proposed with mastery and with the right sense of measure, depressive black metal turns into one of the most poignant and, at the same time, satisfying musical forms that you can listen to. In Italy, in particular, we can count several prominent realities among which I would dutifully mention Eyelessight, and this is not done casually because, in this debut album of Notturno, a band born from the inspiration of Molisan musician Vittorio Sabelli, the vocal interpretation is entrusted precisely to Kjiel, the one with whom it is natural to identify that project. One of the two female voices (the other one is Tenebra from Dreariness), that better know how to evoke and return in its entirety the pain of living and the torment of a psyche in decay, is at the service of the compositional sensitivity of Sabelli, able to weave a little less than forty minutes of music with an enormous emotional impact; the three long tracks that make up Obsessions are revealed as equally strokes of authorship in which you go with surprising fluidity from twilight atmospheres to heartbreaking tears of dsbm matrix, while maintaining a firm melodic imprint that is not even scratched in the moments when the interventions of Kjiel go to express a suffering almost paroxysmal. Fear, Darkness and Falling make up a triptych of lacerating beauty, enhanced by sounds tendentially cleaner than the average of the subgenre and a flawless executive work, with all instruments played by Sabelli except the drums entrusted to the French Sven Vinat; Obsessions wounds and leaves scars destined to reopen just when you believe that the pain has been partially soothed: a must for those who prefer listening to dark music, poignant and tormented. 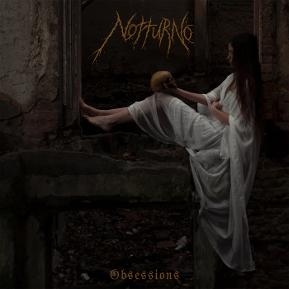