Posted by Nick Skog on Thursday, February 4, 2021 Under: English
From: Ave Noctum
Published: February 1, 2021
Original Link
Post black metal is something that may well be looked at as taking the real thing and diluting it, which is very much what one does with their life if they take drugs such as Sertraline to keep them sane and ticking over. With the crazy world out there, it is something that more and more of us rely on, the drugs if not the music, although that itself has grown increasingly in popularity too due to bands such as Agalloch, Deafheaven, Alcest & Harakiri For The Sky to name just a few. Lurking in the underground but not new to us are sextet Sertraline from Buffalo New York. So far, they have 3 EP’s to their name, a couple of them have been reviewed here. At first looking at the striking black and white photography of ‘The Streetlight Was All We Needed, I naturally thought we had arrived at their debut album. That’s not the case however and what we have is actually a collection of these three EP’s, which makes this the perfect anthology for those who want to explore the bands past efforts before they (hopefully) get round to releasing what I thought this was in the 1st place.
There’s no denying on listening to this that Sertraline have grown on me. Having never heard their ‘Shade’ EP from 2017 I was struck by the maturity of the band, no doubt helped by four of the players having previously been in Where She Wept and the others all having been in other outfits. It seems there is a definite synergy between them with ideas co-ordinated around their vision be that the shimmering build-up the instrumental (Bloom) and (Haze) and the ‘beautiful poison’ of main tracks such as ‘Azalea’ themselves. Yep, it could be looked on as flowery compared to raw black metal itself and the genesis of the 2nd wave of things but it is not without some massive surges and gallops that can be quite breath-taking and explosive and the obvious guttural growls of vocalist Tom. With no less than 3 guitarists playing in the band, the sound is dense and for a 1st EP the production sparkles and alternately rocks with the heavy ballast of the faster parts found on Shade where the “flowers and sunshine” (are) “lost in its haze” that haze being a particularly meaty salvo of battering drums. This is the blackness but to me the more gentile sections of this form of music derives more from post punk and Indie music, shoegaze et al and it is those of us who grew up during the wisdom of John Peel, Annie Nightingale & Janice Long who are the true and established audience for this particular sub-genre rather than the younger advocates of true Norwegian Black Metal! Peely would have loved this track make no mistake and it’s a pleasure losing oneself in its meandering 9-minute flow.
We move forward a couple of years to the ‘From Both Our Hands’ EP of July 19. I guess I had listened to this the once before sending on for review but there is a certain familiarity about it. We float on the guitar textures that stem from bands such as Levitation through to the Gothic flow of Fields Of The Nephilim a band I cited on the 3rd EP too, the hoary and rolling drums are particularly impressive as is the ambient breakdown the track filters into before a final mad dash of speed and extremity. This carries neatly into the thundering ‘The Knowledge Of Trees’ and sees the band pulling out the stops, far from a sappy track indeed. However, it is ‘Entwined’ for me that really stands out due to the melody at start and one that is entwined around the track… I’m sure it is a big coincidence unless band members are closet fans of gut-munching Italian cinema but there is more than a bit of Roberto Donati’s Cannibal Ferox theme about it. Once that idea got under my skin there was simply no shifting it and due to this it’s an incredibly evocative track for me.
Obviously on a roll it was just a few months later Sertraline released 3rd EP ‘These Mills Are Oceans’ in Nov 2019. The bass groove reminds of The Eden House and takes me into their gothic world at first before heaviness and forceful growls are unleashed The melody is incredibly strong and a dark progressive flow adds defining texture. There’s plenty of power here and my previous times listening to this come rushing back like the adrenaline surge it delivers. Not really wanting to repeat myself on previous thoughts one thing that has struck is the combined weight of putting everything together here has done the band no ill wind and it adds an extra mark to my score of the single EP in the process. I am definitely keen to hear new material now and hope that the band have managed to work on it in lockdown, which cant be easiest of tasks with 6 of them. Consider me waiting patiently.
Rating:8/10
Reviewed by: Pete Woods 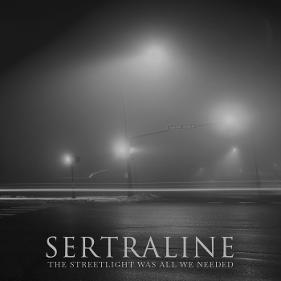