Posted by Nick Skog on Friday, June 17, 2022 Under: English
From: The Headbanging Moose
Published: May 20, 2022
Original Link
A first-class side-project by Bane’s mastermind to explore the slower, deeper and more emotional side of music, invoking the spirit of late 90’s and early 00’s doom.
Founded in 2020 by Serbian vocalist and multi-instrumentalist Branislav Panić, known best for his work with Blackened Death Metal band Bane, Tishina (Тишина), which means “silence” from Serbian, is a new Melodic Doom/Death Metal entity initially born as a side-project to explore the slower, deeper and more emotional side of music, highly influenced by giants such as Saturnus, October Tide, Mourning Beloveth, and Doom:vs, among others, who’s unleashing upon humanity its debut effort titled Uvod… (Увод…), which means “introduction” in English. Mixed and mastered at HellSound Studio by Honza Kapak, who also played drums in the album, and displaying a stylish artwork by Aleksandra Panić, Uvod… came mainly from the book of poems Nad Vodama Aheronta, written by Serbian author Predrag Rava, combining an exquisite blend of mid-paced melodic riffs, blackened sections, and various shifts in atmosphere and tone throughout its playtime while invoking the spirit of late 90’s and early 00’s doom.
Iz Mrtvog Ugla (Из Мртвог Угла), or “from a dead angle”, is a beautiful start to the album, reminding me of some of the classic creations by Paradise Lost and My Dying Bride with Branislav exhaling heaviness through his riffs and bass punches, supported by the sluggish beats by Honza; and continuing their path of obscurity and melancholy we have Dve Crne Ruze (Две Црне Руже), or “two black roses”, another Doom Metal extravaganza led by Branislav’s deep roars while Honza keeps pounding his drums in the name of darkness. Then after the short and sweet instrumental interlude Uteha (Утеха), or “consolation”, Branislav returns with his visceral riffage in Jutro Poslednjeg Dana (Јутро Последњег Дана), or “the morning of the last day”, darkening the skies even more in the name of Melodic Doom and Death Metal. Furthermore, it’s breathtaking to see how the duo is capable of sounding so heavy and serene at the same time, resulting in a multi-layered composition perfect for that type of slow and steady headbanging that’s characteristic of Doom Metal. Lastly, closing such somber album it’s time for Zauvek (Заувек), or “forever”, starting in a mesmerizing, enfolding manner before exploding into more of the project’s doomed sounds, with Branislav and Honza being in absolute sync from start to finish while Branislav’s anguished growls reach a whole new level of obscurity.
In case you would like to add the darkness and beauty of the music found in Uvod… to your personal collection, you can grab a copy of the album from Tishina’s own BandCamp page, from the Hypnotic Dirge Records’ BandCamp page or webstore, or from the Satanath Records’ BandCamp page, bringing an endless dosage of pure doom to your avid ears. I always find it impressive when a musician like Branislav can generate distinct, top-notch music such as with his two projects Bane and now Tishina, not only proving how talented and creative he is, but also providing us with double the awesomeness in the world of heavy music. And may Uvod…, just like the name of the album already says, be just the introduction to the amazing world of doom ruled by Branislav and his Tishina.
Rating: 3.5/5
Reviewed by: Gustavo Scuderi 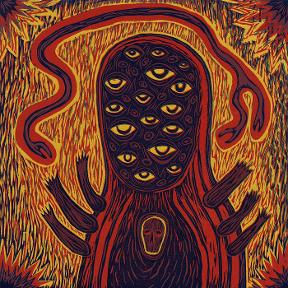