Posted by Nick Skog on Wednesday, May 4, 2022 Under: English
From: Metal Temple
Published: April 27, 2022
Original Link
Hailing from Serbia, and without any press information in their EPK, their Bandcamp page says that they were, “initially born as a side-project to explore the slower, deeper and more emotional side of music, we are a Doom/Death Metal project.” The album contains five tracks. “Из Мртвог Угла” opens the album. It’s an eight-minute beast, that begins with a slow, lumbering pace and thick guitars with some harmonies in them. Harsh vocals are the medium of choice. The melodies help to bring the Doomy sound out of the depths of Hell and into the light, but it’s a struggle. The landscapes that the band develops in this first song are rich and lush.
“Две Црне Руже” is little shorter, but still with some well-timed melodies to go along with the deep and dreary Doom sound. The harmonies in the chorus are almost hear-aching and you can feel his pain. “Утеха” is one-minute interlude of clean but solemn guitars. You can hear the band readying their energy for the next two strikes. “Јутро Последњег Дана” opens with some nifty guitar work and a powerful, heavy rhythm section. Harsh vocals rise above the burned out landscape of utter despair. It settles into a much darker sound around the half-way mark, but those melodies still brighten things up.
“Заувек” closes the album. It begins with some lead guitar parts and some slightly lighter tones, more akin to the Melodic Death Metal genre then Doom. An airy interlude connects the dots here and I like the approach in this song…it’s more melodic than the others. Overall, this was an enjoyable listen. Not knowing really anything about the band, I liked their Death and Doom sound. The five songs were stable in the aspect of their base, but it also sprinkles in some moments of melody. The melody helps to expand their sound and make it more dynamic. I sincerely hope this project continues on.
Rating: 7/10
Reviewed by: Dave "That Metal Guy" Campbell 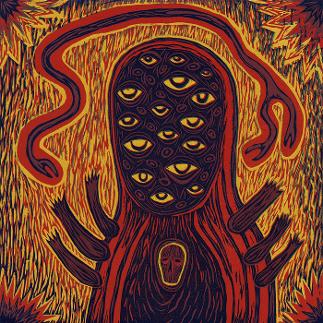