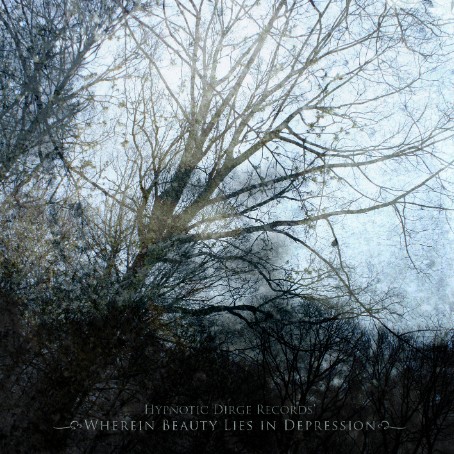 HDR - Download - 005 : Hypnotic Dirge Records Compilation Album #1 - Wherein Beauty Lies in Depression
I - The Foetal Mind - Kill Me (7:22)
II - Exiled From light - Clarity Viewed Through Dying Eyes (13:20) III - Funeral Fornication - The Weeping Tree (5:45)
IV - Echoes Therein Gale - Echoes of Darkness Dissolve the Silence (6:38) V - Winds of Sorrow - Lament of the Withering World (7:19)
VI - Valerio Orlandini - XM11-Useless Factory (5:02) VII - Immundus FT. F. Klingwall - Sublimation at Zero Hour (6:26)
VIII - Ancient Tundra - Wandering Along A Lonely Path (9:16) IX - Neige et Noirceur - Crepuscule Hivernal Sans Fin sur les Terres de la Guerre (25:00)
X - Astral Luminous - Astral Luminous (13:22)
Total Playing Time: 1:39:30
File size: 291.11 MB
This compilation album has been created for the purpose of celebrating the one-year aniversery of 'Hypnotic Dirge Records.' It serves as the first complete audio representation of the lable as a whole featuring a track from each of the Hypnotic Dirge Artists. Over the past year, Hypnotic Dirge Records has grown a great deal, gained exposure and respect from fans of the music, artists, record lables, and publishers/promoters alike, and we continue to aim to spread the name of Hypnotic Dirge and its artists around the world. Since its inception in October 2008, HDR has also made a few changes and expanded its artist roster to form the most solid and varied lineup possible. All of the Hypnotic Dirge Artists has something different to offer musically and artistically whildst all keeping within the standards of the HDR vision. It is my utmost pleasure to be able to offer this free compilation album both as a special 'thank you' to supporters of Hypnotic Dirge, to offer previews of upcoming releases as well as previously released tracks, and to be able to introduce the sound and vision of Hypnotic Dirge and its artists to new listeners around the world!
Thank you all for your support, encouragement, and kind words over the past 12 months and be prepared for some more fantastic releases over the next upcoming 12 months.
-Nick Skog
Hypnotic Dirge Records 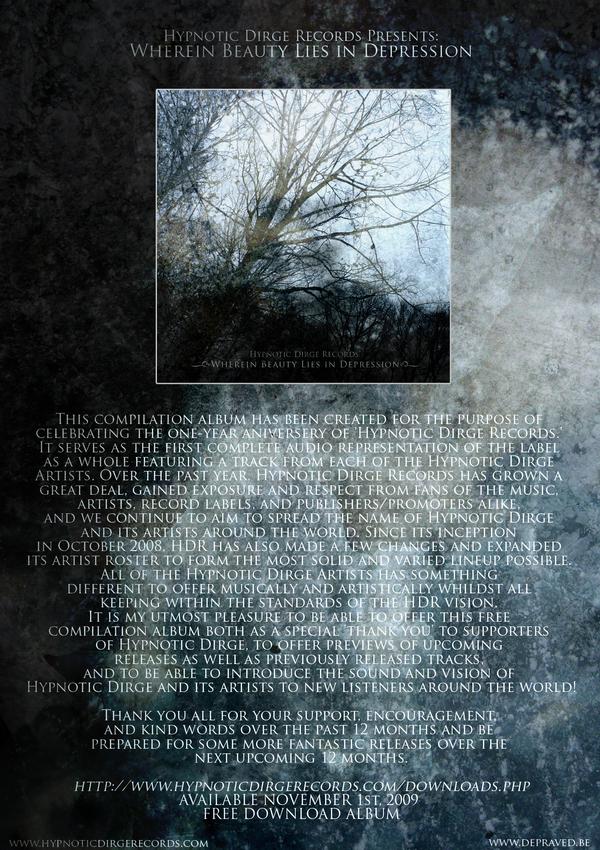