At first, there was nothing but these memories of a cold and grey urbanism. It is meanwhile walking down the streets of Kemper, France, that netra was first thought of, back in 2003. Nothing else could convey these horrible feelings, this underlying depression and boredom of city life. Seven years and two demos later, netra raised the interest Hypnotic Dirge Records, under whom the first album "Mélancolie Urbaine" was finally released in December 2010. With influences ranging from the moodiest jazz music to black metal and trip-hop, Mélancolie Urbaine is an album that depicts modern living in all its pointlessness, monotony, and futility. It was with this album that netra gained some notoriety in the underground for seamlessly mixing dark snyth tones and trip-hop beats with raw, emotional and absolutely emotionally crushing Black Metal.

Sometime after that, after a move to Norway, netra returns with a second full-length entitled "Sørbyen" released in September 2012. Sørbyen expands on the sound of the debut but is a different beast altogether. Whereas "Mélancolie Urbaine" was slower, more minimal and perhaps grittier, Sørbyen is a truly unique album that bridges the most unsuspecting genres together and could be described as a strange but fitting hybrid of Burzum and Hooverphonic. Either way, this release ended up building upon the foundations of the debut album, but is more far-reaching in its experimentation and managed to effectively introduce new elements to netra's already genre-bending sound. Sørbyen covers so much ground that perhaps "Mélancolie Urbaine" could be seen as a more cohesive whole, but the individual highlights of netra's sound are to be found on Sørbyen. 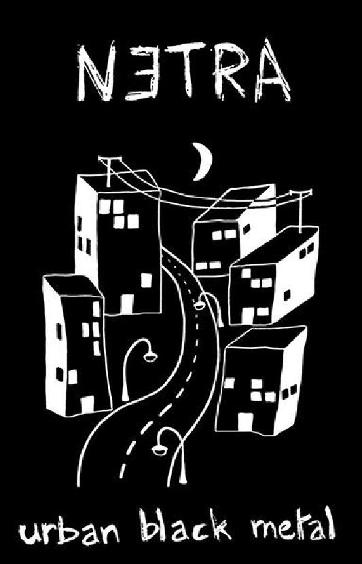 The following year, netra would collaborate with the Californian hip-hop duo "We'rewolves" to release a digital EP "Dreading Consciousness". Dark undertones and ominous beats would serve as the perfect atmosphere for the message of nihilism, depression, and self-deprecation conveyed by We'rewolves two vocalists. Black Metal instrumentation is kept to a minimum in this EP, but does make an appearance on the excellent "Enter the Void". However unorthodox and strange collaboration may seem, the plight of urban life, boredom, and depression persist.

After two full-lengths and an EP in four years, there would be some silence for some time from netra. In actuality, much of the material that would eventually make up the next full-length was written shortly after the release of the "Dreading Consciousness" EP. Among other things, a move to Germany, and eventually to New Zealand would end up delaying the completion of the album for some time. Finally, in the fall of 2016 the material was completed and sent off to be mastered at Skansen Lydstudio (Manes, Atrox, Keep of Kallesin). Shortly after, the final mixes would be completed and the release of "Ingrats" would take place on March 9, 2017.