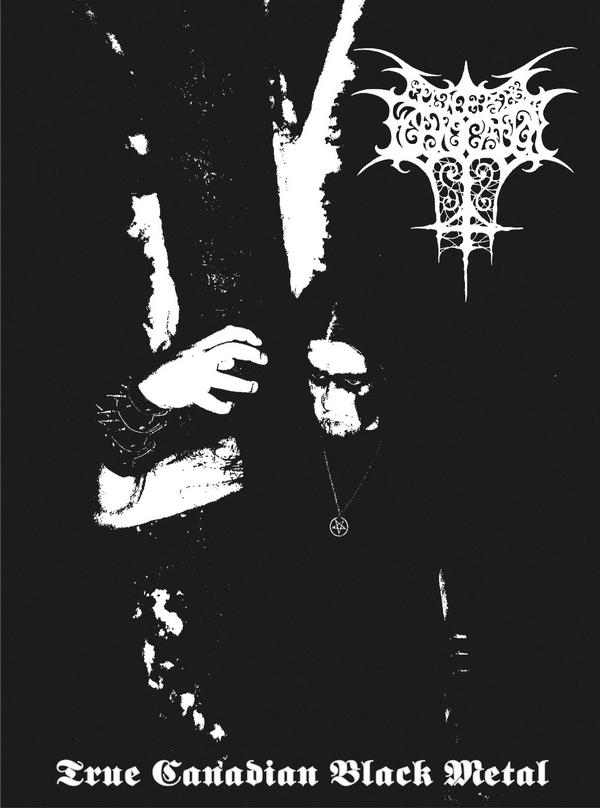 From the grim frostbitten northlands of Canada comes the one man horde 'Funeral Fornication'. The project saw its birth in 2002, when Vultyrous strived to create a project, mainly black metal, but with elements of both pagan metal and thrash. After a handful of demos that gained some minor notoriety, Vultyrous figured that would be all, and put the project on the backburner.

Several Years passed with Vultyrous focusing his efforts into two other bands at the time. It wasn't until 2006 that the deathwinds of Funeral Fornication began to blow again. News of this one man band reached the ears of Triple Silence Records in the UK. Signing Funeral Fornication almost immediately, Triple Silence was destined to release the debut album "Murder Cult Eidolon". Sadly however, due to financial complications, that destiny had to be altered. Triple Silence could not afford to release Murder Cult Eidolon which caused Vultyrous to seek another label.

Two years passed with Murder Cult Eidolon sitting on the shelf, gathering dust. In 2008 Funeral Fornication signed with Funeral Moonlight Productions, a small but strong chinese lable. Murder Cult Eidolon was released! 1000 Units on Pro-CD! However, things were about to change once again. As part of the agreement Vultyrous had with Funeral Moonlight, the lable had agreed openly to released any future albums composed under the name 'Funeral Fornication'. This was to be a lie, for as soon as the deal for 'Murder Cult Eidolon' had gone through, and Vultyrous had received his share of copies for personal distribution, the lable quite unprofesionally severed contact and would not answer any of Vultyrous' emails. Unfortunetely , this did not happen until Vultyrous had already started work on his follow-up release 'Paganheart'. With no lable to released 'Paganheart', Vultyrous continued to work on this release, all the while searching for an interested lable. In the end, Vultyrous decided to self-release Paganheart.

In early 2010, Vultyrous began work on his follow-up to Solitude And Suicide, entitled "Pandemic Transgression", this time evolving the sound of Funeral Fornication even furthur by incorporating some clean vocal parts, which Vultyrous had touched on early on in the old  Funeral Fornication demos, and briefly on "Murder Cult Eidolon".  Also in 2010, a split with Austria's Uruk-Hai was released in September as a pre-cursor of what was to come.  The split with Uruk-Hai featured one song from Solitude And Suicide, entitled The Weeping Tree, and four brand new songs including a cover of British doomsters Solstice's barren and windy track, "The Keep".

In June 2011, the long-awaited full-length Pandemic Transgression was released and is widely regarded as the best and most mature Funeral Fornication album to date!  In addition, the first official Funeral Fornication t-shirt was finally released with the fitting phrase "Black Metal is Dead...I am fucking it's corpse", amid original and dreary artwork, designed by Vultyrous himself.

Not with any desire to slow down, Vultyrous has immediately begun work on the sequel to Pandemic Transgression, tentatively titled "Promethean Lament", which he has claimed will take the music of Funeral Fornication to a whole new level.