September 12, 2012
Élan O'Neal releases “Subterranean Cartography” for free download!
Élan O'Neal, the musician behind the one man ambient project, Old Forgotten Lands has recorded and released a full-length concept album entitled "Subterranean Cartography" under a different project name. The album has been made available for free streaming and download on Hypnotic Dirge Records, as well as released as a limited edition physical edition through Swaptkult Productions. 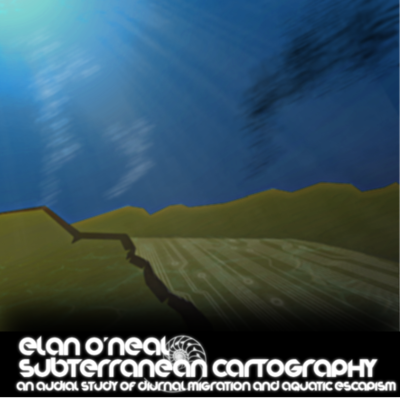 Regarding the motivation and inspirati...

February 13, 2012
This text piece was originally written for the latest HDR Compilation album 'Desolation. Dissonance. Delirium.' which was released digitally on December 8th, 2011 and is available to download for free HERE

An eagle calls, and I awaken to a chill.
The winter nears, it seems, as the coarse, unwashed hairs on my arms indicate by their standing on end.
My vision has become clear as my senses have declared my domestication senseless.
I arise from my bed upon the threshing floo...


"Thousands of years after the creation of the earth, humanity is hopelessly lost. In a sea of synthetic fabrications and ways of life that are impenetrable, one cannot even hope to find fulfillment without stressors to hinder it.
However, the earth still cycles as it always has, and the rains and snow have destroyed as much as it has created. In true chaos, nature has an order. In this order, one can come to a haunting conc...

July 14, 2010
I have uploaded a new Old Forgotten Lands song onto the myspace player:

Please have a listen to this new track from Old Forgotten Lands, as it shows the new direction of the project, from synth-based ambient music, to a more organic sound using a variety of different ethnic instruments, vocals and acoutic guitars.

Elan O'Neal - (of OFL) is working on a new full-length album with the working title 'Primal' which will be rel...

July 2, 2010
So, upon a visit to my homelands, I had an intense session with some folks you may have heard from, at a place I have always felt a strong nostalgic connection to.
One of them being mister 'forwardslash' from Njiqahhda, one being Ascaris of NTRLWRM/Nagasaki Grotesque/Suncarcass, and one being Jon from Footpaths/Bergtagen. My wife even got in on it.
I must say, friends, that this, along with my collaborations with Bjørn of Requiem Nocturne, is shaping up to be one extremely exciting co...

The project has much to owe to its previous label affiliate EEE Recordings, as it had grown and cultivated the project for its beginning years, but due to unforeseen circumstances, EEE Recordings and Old Forgotten Lands have been forced to part ways. I must note that it is a mutual agreement, and that E. and I are on good terms, and that I still wish to prom...

BACK TO OLD FORGOTTEN LANDS PROFILE